What The Hell Is DWM.exe And How To Stop It.

If you belong to the list people intrigued by the title of this post and are willing to know more about Desktop window  manager and all the problems cause by it such as high CPU usage by dwm.exe,

What is Desktop Window Manager first of all?

DWM.exe or Desktop Window Manager is a core component of Microsoft Windows which is responsible for the visual effects in your personal computer. It was created to enable portions of the new “Windows Aero” user experience, which allowed for effects such as transparency, 3D window switching and more. It is also included with Windows Server 2008 but requires the “Desktop Experience” feature and compatible graphics drivers to be installed.

It is responsible for a majority of visual effects such as transparent windows, live taskbar thumbnails, Flip3D, etc.

As it is responsible for some significant visual effects, Consumption of RAM by dwm.exe is on the higher side hence Desktop window manager causes high ram usage pretty often. There is nothing to worry about as it is a quite usual thing to be happening. 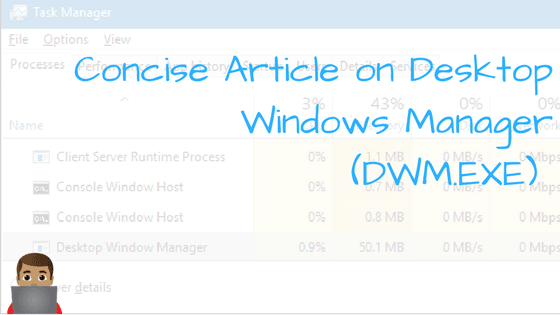 Back in the days of Windows Vista and Windows 7, the user had the option to turn off dwm.exe. But in the newer version of Windows, it is not possible to turn it off as it is a vital component of the graphics unit of Windows.

Ideally, Desktop window manager at max takes up 1% of the total RAM for its ideal functioning. Hike in RAM consumption by dwm.exe is unexpected. In the cases where Ram consumption becomes suddenly high, It eventually becomes low.

So you can follow these simple tips to minimise the RAM consumption by DWM.EXE –

End of the line –

So This was a concise article on Desktop Window Manager (dwm.exe) and the preventive measures to prevent excessive RAM usage.

If you have any query or doubt, Feel free to reach us via the comment box below. 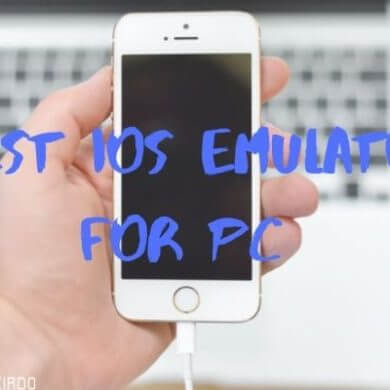